FROM FIGURE TO SPACESculptures, Objects, Installations from the Collection 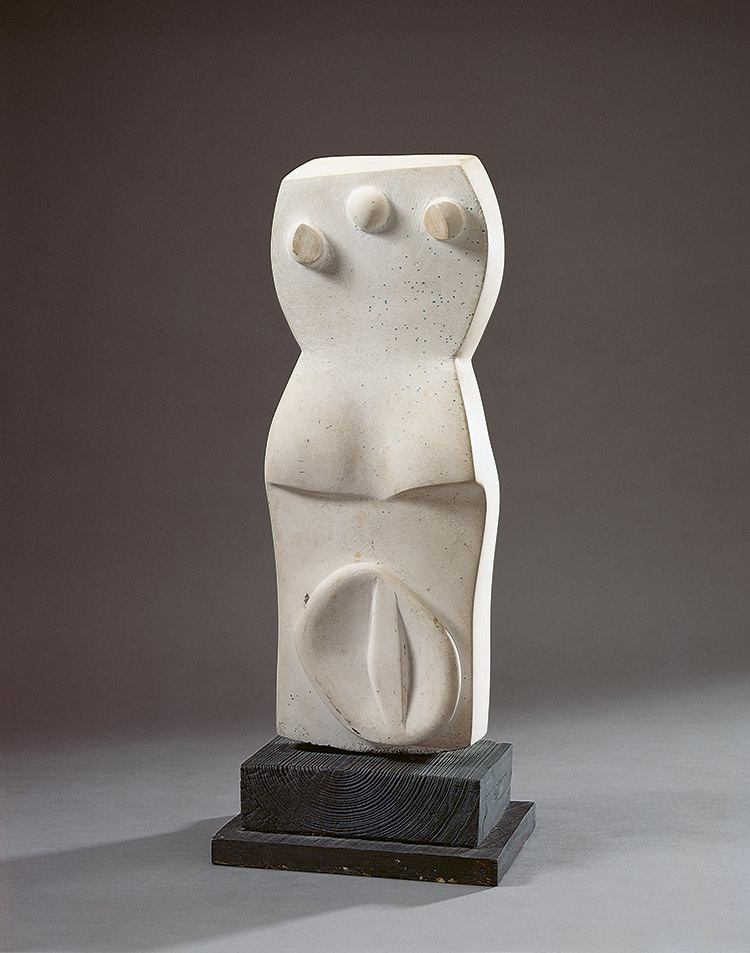 This large-scale exhibition from the collections of the Kunsthaus Zug will expand the year’s program by at least one dimension – the third. Here, the intriguing interplay between figure and space will take the stage. We shall see materials – such as bronze and stone – that kept their significance into the 20th century until the avant-garde began an interplay between the representational and the abstract, questioning the ideal of perfect harmony and subsequently rejecting it. We shall also exhibit Swiss surrealists such as Serge Brignoni, who worked in stone, but set himself free of the human figure. Then there are works by Josephine Troller, who created assemblages from everyday utensils. And finally, we will exhibit sculptures that actively codetermine their environment: sculptures as representational depictions that no longer usurp the space they occupy. They take it in and utilise it. The space around them is activated and surveyed. Such as in the form of air, when Roman Signer creates an installation that turns a fan into art and makes the boundaries transparent and physically tangible between the work of art, the space and the public.
New acquisitions and gifts are here exhibited for the first-ever time. Such as those by the Swiss sculptors Fritz Roth from Cham in Canton Zug (1945 – 2016), Eva Wipf, Katharina Sallenbach and Hans Aeschbacher; who was a friend of Fritz Wotruba, a key figure in the collection. He will also feature in the exhibition. For the first time in Zug, we shall also be displaying Ilya Kabakov’s installation “Toilet in the Corner”. It is reminiscent of the communal toilets found in Soviet apartment blocks, with someone – the artist himself – sitting behind a glass door, singing.