Time and Space
Homage to Christine and Peter Kamm 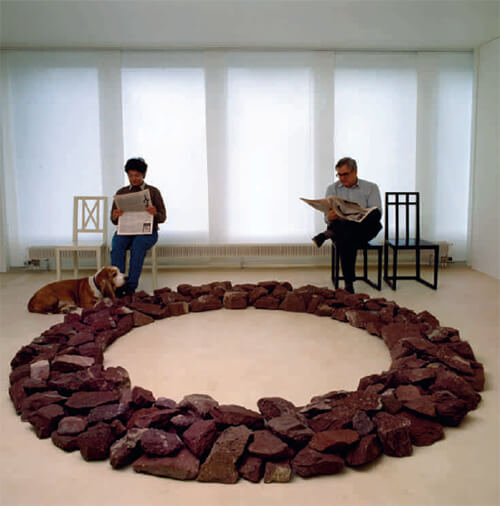 The Kunsthaus Zug would be a different place today if Fritz and Editha Kamm-Ehrbar had not become friends with the Austrian sculptor and emigrant Fritz Wotruba when he was in Zug. Wotruba advised the Kamms when they were setting up their private art collection, which today – as the “Stiftung Sammlung Kamm” – encompasses the most significant collection of Viennese Modernists outside Austria. And their foundation has helped the Kunsthaus Zug to attain the status it has today.

The exhibition “Time and Space” takes as its theme the relationship between the past, the present and the future. At its core is the collecting activity of Christine and Peter Kamm from Zug; Peter Kamm was the son of Fritz and Editha Kamm-Ehrbar. Christine Kamm was an art historian, her husband Peter an architect, and the concepts of time and space were important components in their engagement with art and culture.

Works from their private collection – which was housed in their apartment and was a central aspect of their lives – will be exhibited now for the first time in public by the Kunsthaus Zug. Works by Palladio, Josef Hoffmann and Koloman Moser offer up as many surprises as the works by Richard Long, Brigitte Kowanz and Roman Signer. The name Anna Margrit Annen, Guido Baselgia and Hanna Villiger are also known in Zug, and they too are featured in the collection of the Kamms. They link the past with the present, just as they form a connection between the region of Zug and the wider world.

Christine and Peter Kamm collected art in the context of a broad spectrum of cultural activities, demonstrating their holistic approach to tradition and innovation, nature and urbanity. In this exhibition, colleagues of the Kamms demonstrate the different facets of their cultural commitment to time and space.